How do I change language for the text and audio in picture mode? (Avaz 4.0 and above) Print

Avaz supports limited support for multiple languages for versions of Avaz Lite and Avaz Pro 4.0 and above.

How to change the text of the icon to a different language?

You can change the language settings (audio/voice and keyboard) in the following manner.

Using the new language in Avaz to enter the text

How to change the audio (voice) to another language?

You can change the voice to a new language, using the following steps:

In Picture mode, this will speak out the text as defined in the Caption field of the icon, or the contents of the Speak As field. Note that the Speak As content overrides the Caption content for audio. 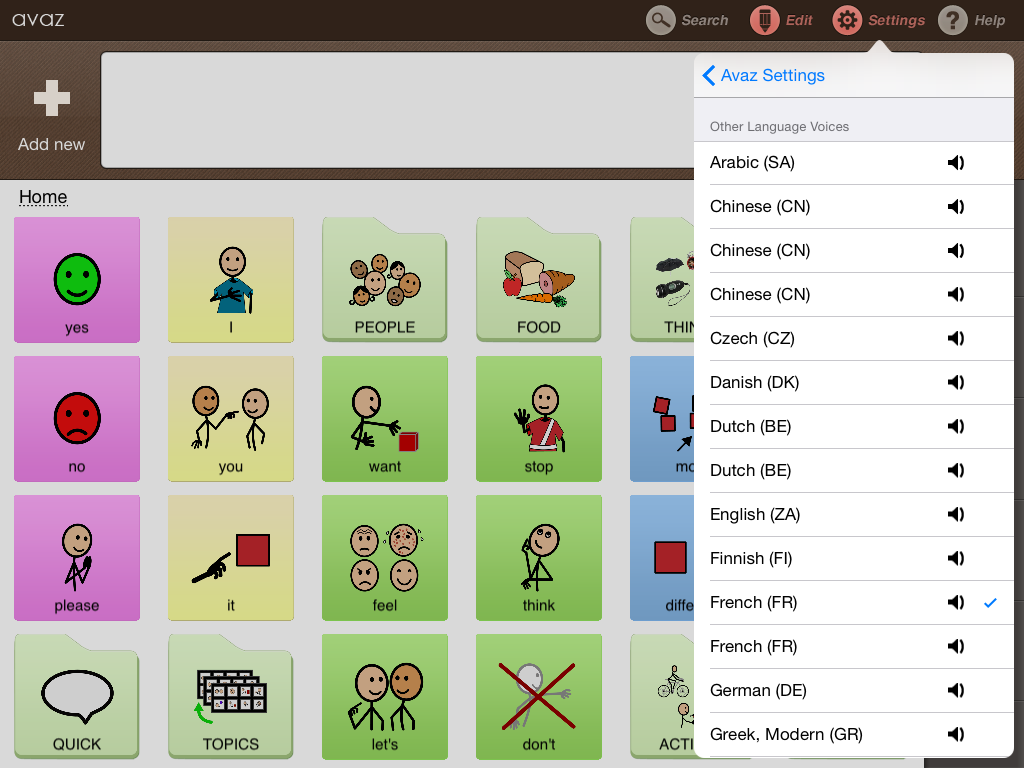 If the language that you want to use for audio is not included in the above list, you can record your voice using the audio button in the Edit window,