How to use Avaz Live for teletherapy? Print

Avaz Live is a feature offered from Avaz version 4.2 onwards for iOS only.  Note that this feature is not available in the Android version of the app.

Avaz Live is useful for doing teletherapy by the therapist, through remote access to the parent's device.

Screenshots of how it appears for the therapist and parent 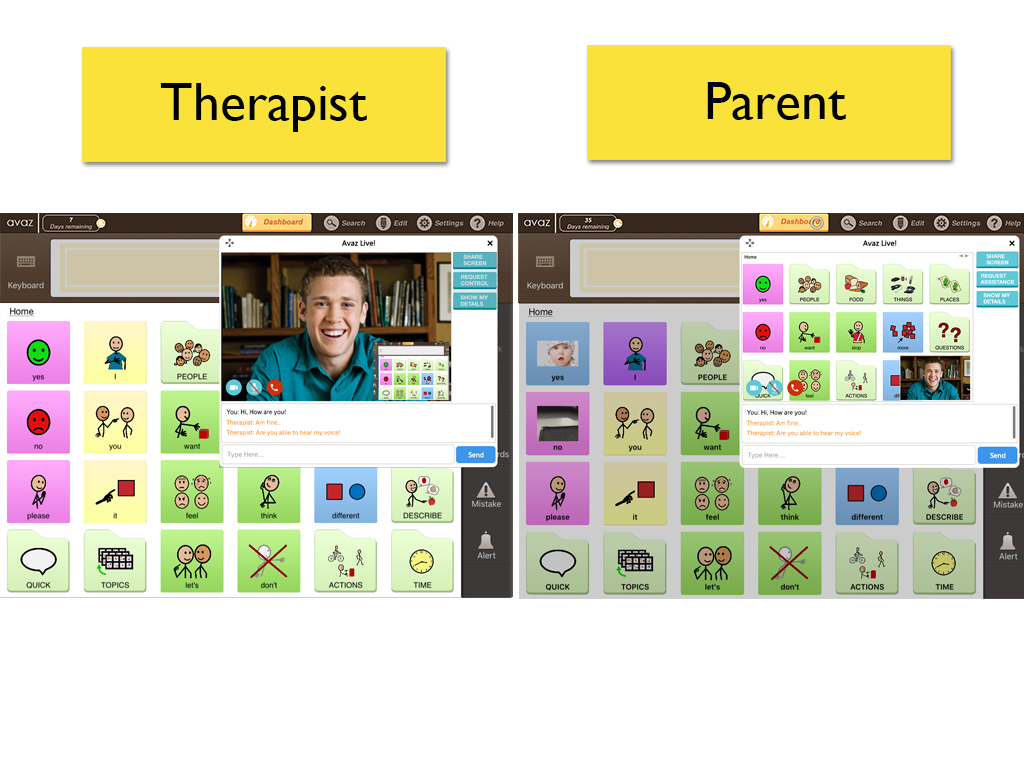 How to activate teletherapy between the therapist and parent? 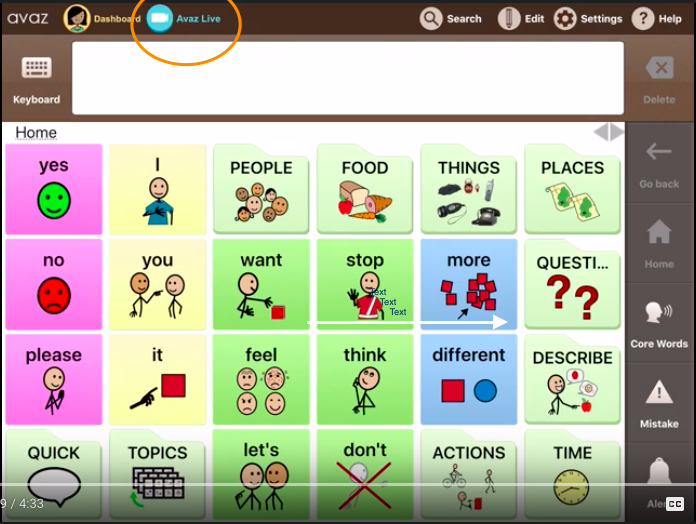 Avaz Live window is displayed on the therapist's and parent's screens. 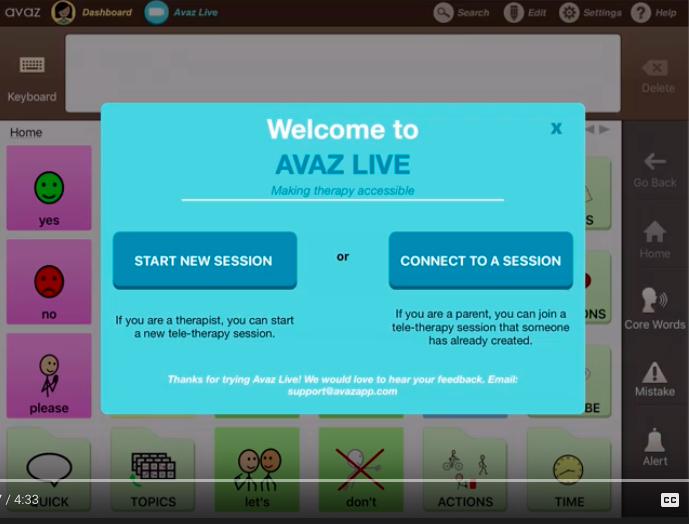 If you are a therapist:

If you are a parent:

Note: this requires both the vocabularies (parent's and therapist's vocabularies) to be the same.

The parent and therapist can exchange messages in the chat window below. 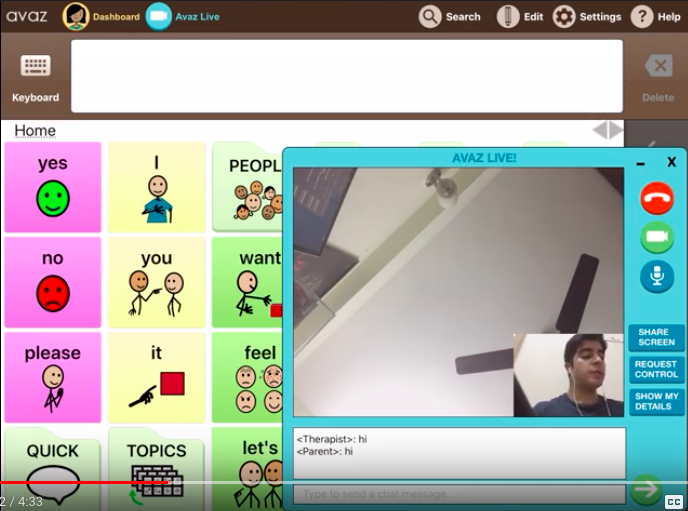 How to take control of the parent's screen? 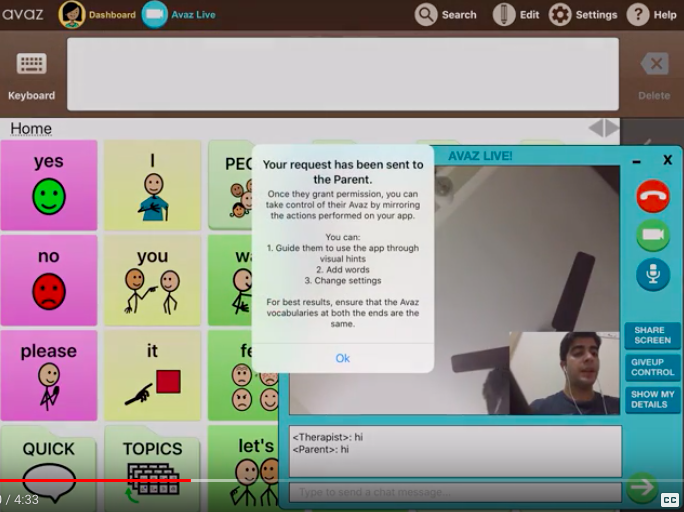