The top panel of the app was dedicated to the Search, Edit, Help and Settings functions – that were used most frequently by the parents or professionals. These modules facilitate Avaz being set up for the communicator.

In the new version, we have grouped them and moved it underneath a new Menu button on the top right corner. This reduces the number of ancillary buttons on the screen for the communicator and improves the usability. 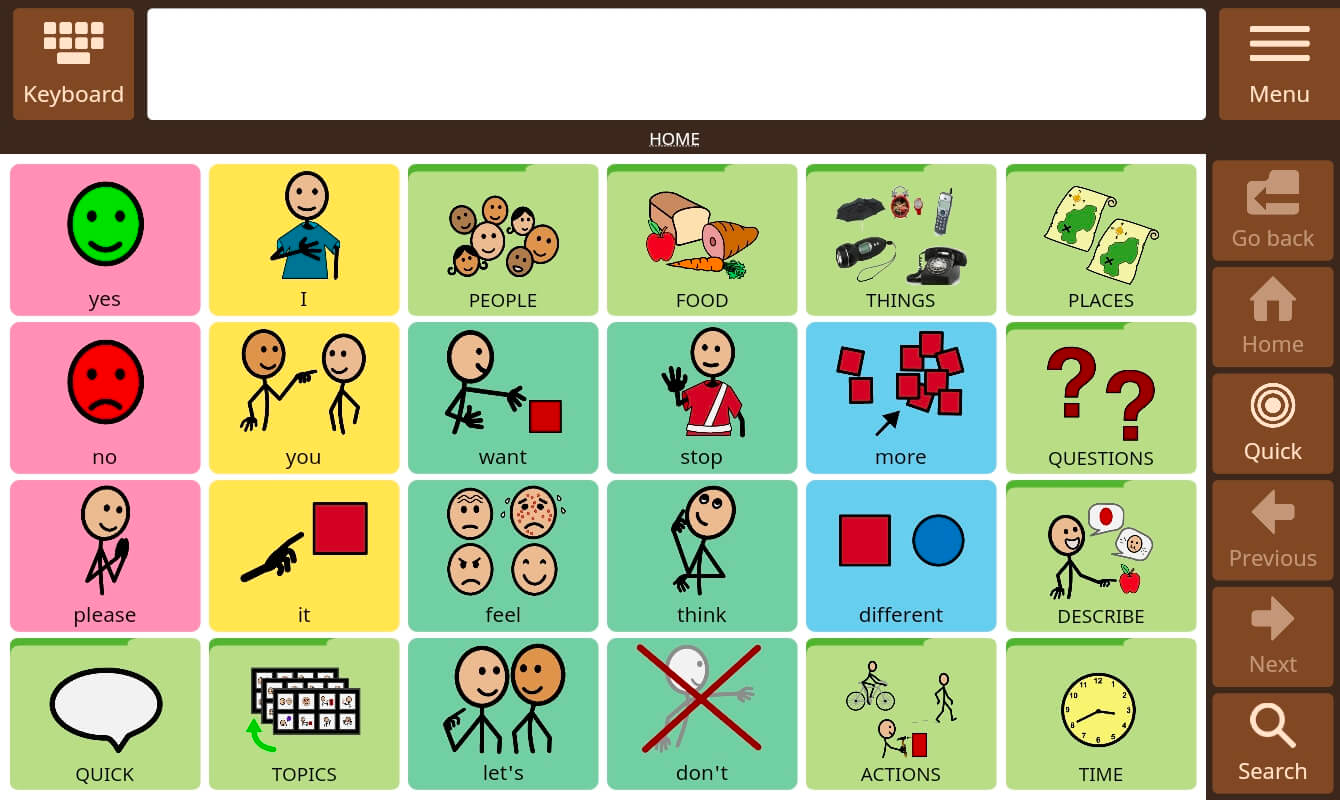 Talking to customers, we realized that communicators will find it useful for the navigation bar to be positioned according to their needs.

In addition to the cleaner visual feel of Avaz – with better well designed icons and buttons, we are adding the option of color themes in this version.

You can choose a dark themed background, which is great for adult users and designed specifically for communicators using Avaz on eye tracking devices. We will be adding more colorful and vibrant themes in the coming months. 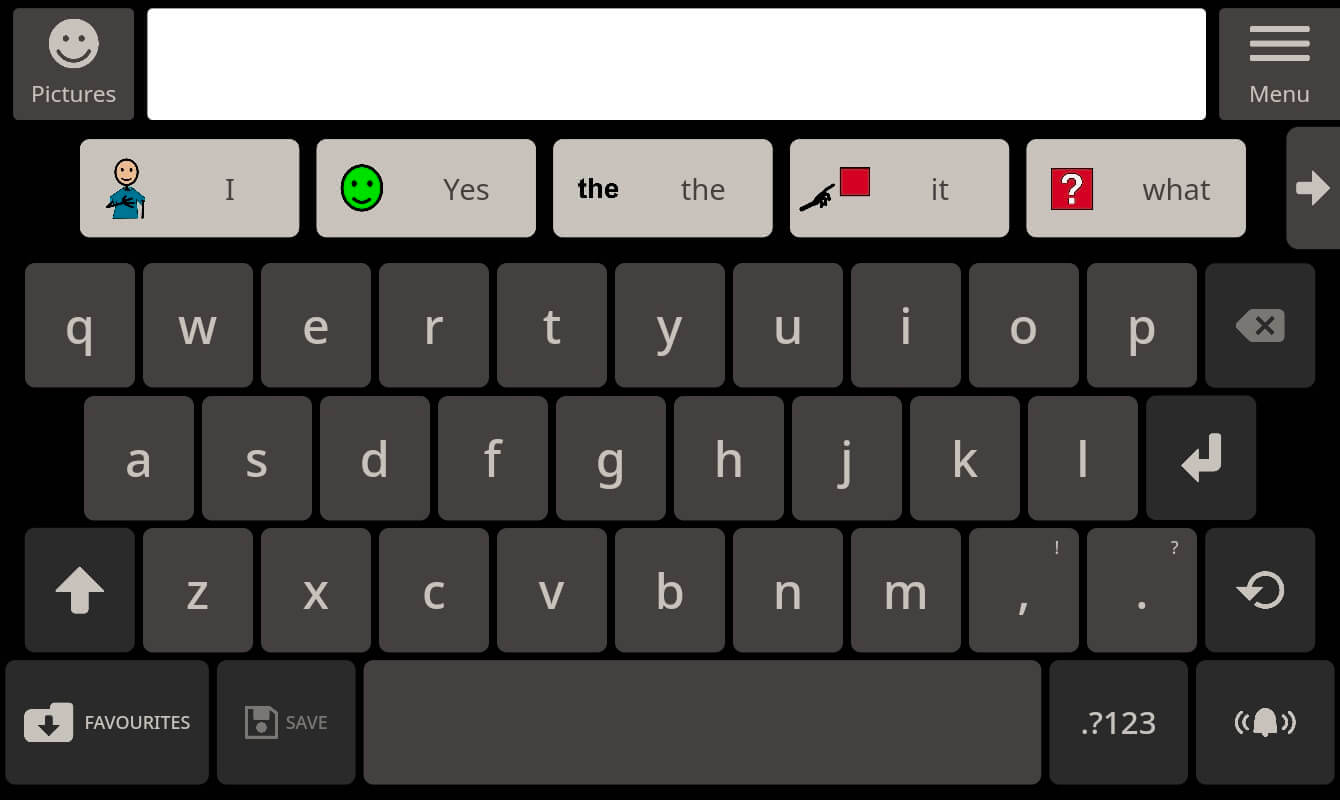 3. Save phrases easily in Keyboard Mode

The Avaz Keyboard has upgraded the Load/Save feature. Communicators can now save phrases under Favorites in the Keyboard mode and group them by contexts. So, for example they can save phrases used at home and those used at school under different folders. They can have a separate comments folder for easy access at all times. It will make communication faster! 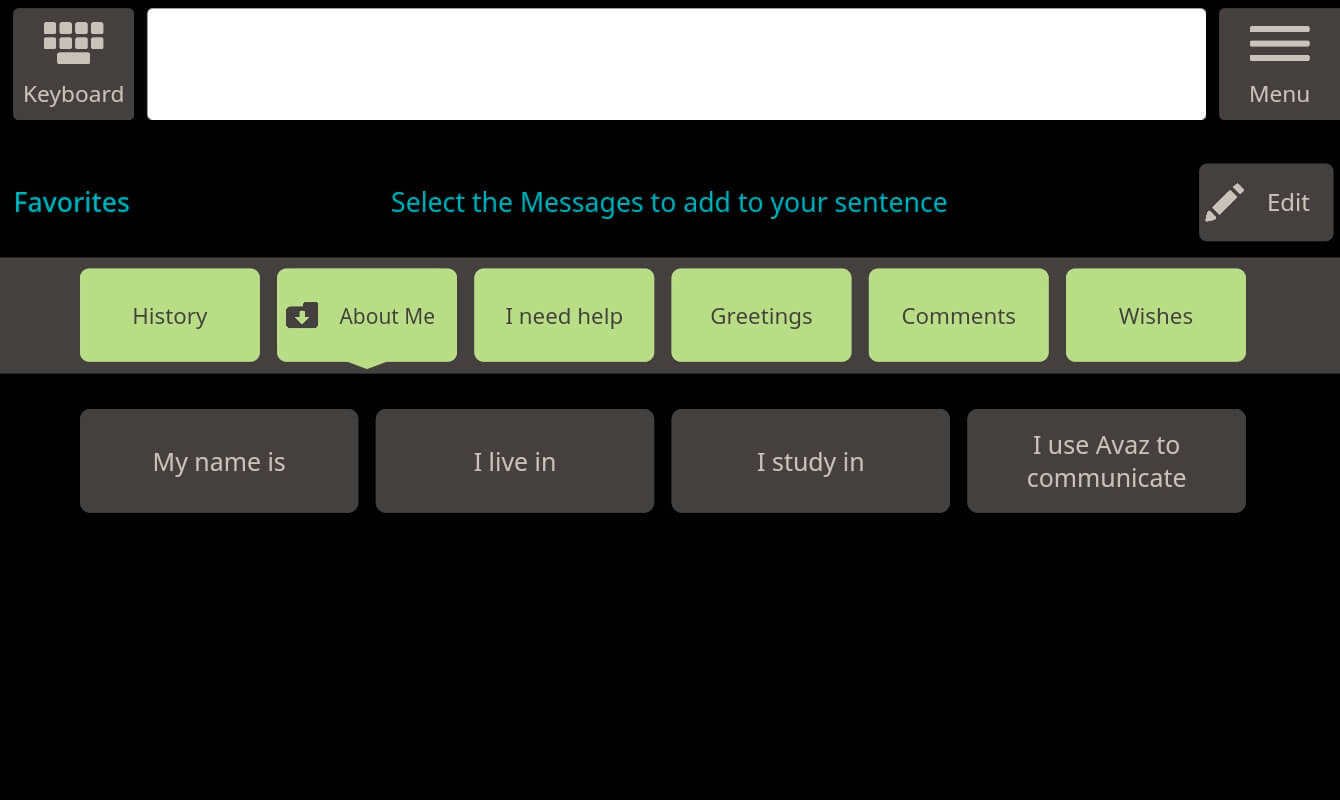 A faster way to customize Avaz

Personalizing vocabulary in Avaz is one of the most important features. And hence, we have spent some time redesigning it to make it faster and more user friendly. We have rearranged buttons for faster access and added a Select All option.

We are adding an Undo option so that you have the option to reverse your actions in case you deleted something by mistake. You can import or export vocabulary from Avaz by tapping the Folder settings, which makes it super simple to share only a particular folder from your device to another. 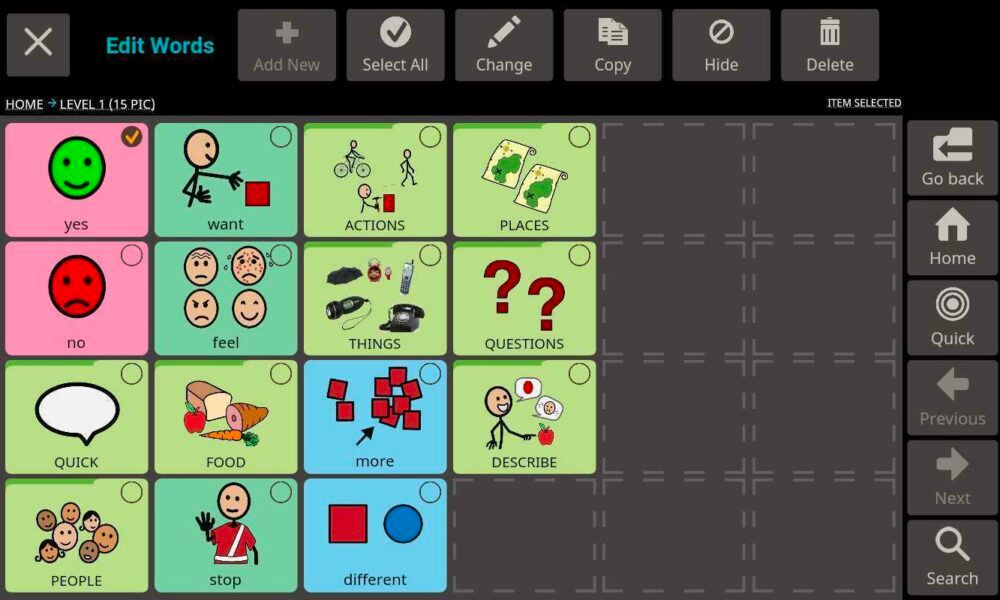 Our newer versions of Avaz will now offer ReadSpeaker voices along with the default Apple and Google voices. Our previous Text to Speech provider, Ivona, no longer updates their voices. So, after a detailed analysis and examination of all concerns, we found the best replacement for Ivona’s voice.

We understand that the change might be a big adjustment for the communicator. Rest assured that ReadSpeaker voices are of greater quality and consistency best suited for the Communicator. With Android, also have Google’s Text–to–Speech — you can see a list of Google’s languages and voices, as well as the device’s own TTS (as Samsung’s voice if you’re using a Samsung device).

The new version will have a Message box with buttons for 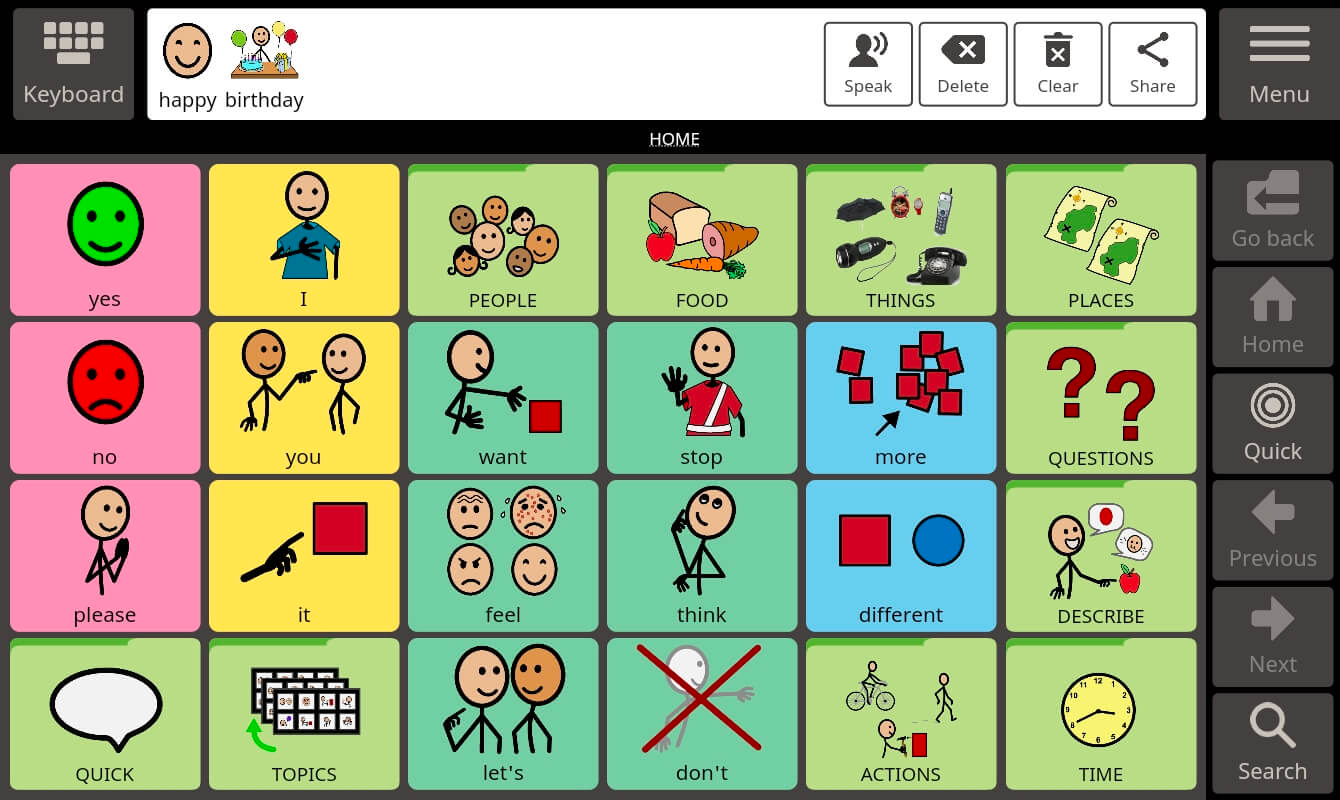 We have a new Tools option, where you can create a low-tech version of the Avaz vocabulary. While the functionality previously existed, it was hidden away from users. 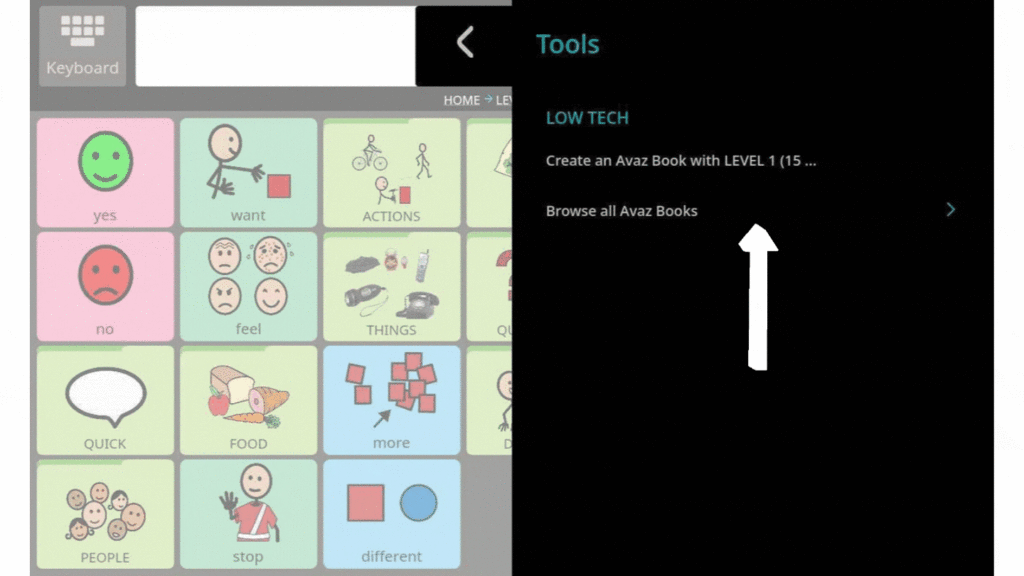 We modified Avaz’s visual design to make it easier for switch and eye gaze users to communicate using the app. We reworked some of the features that weren’t switch accessible previously – like the morphological forms of words shown in Avaz. 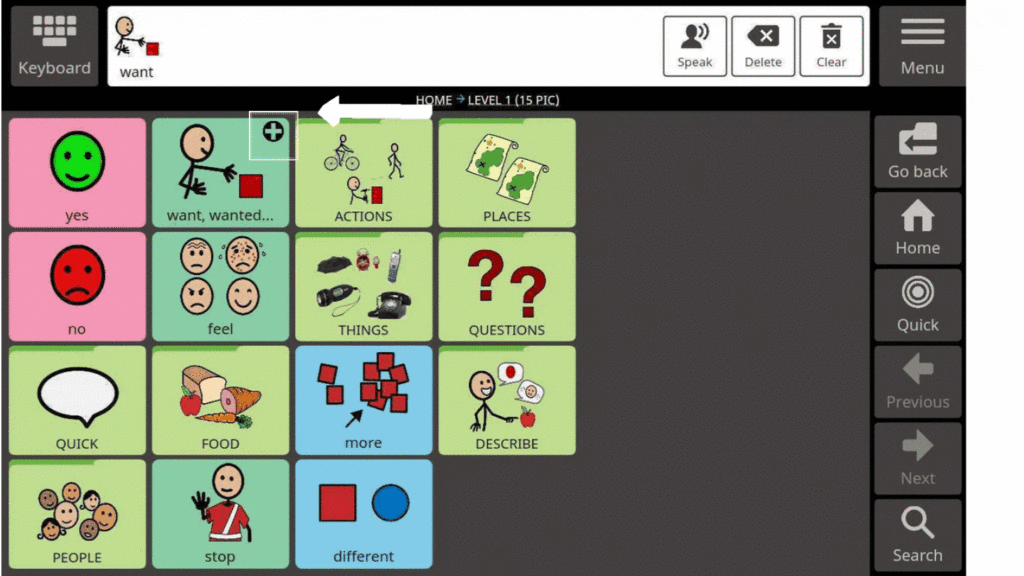 We are currently re-working the Dashboard and Live features. We plan to have a newer version of those much loved features soon, hence you will not be able to see these features in the updated version.